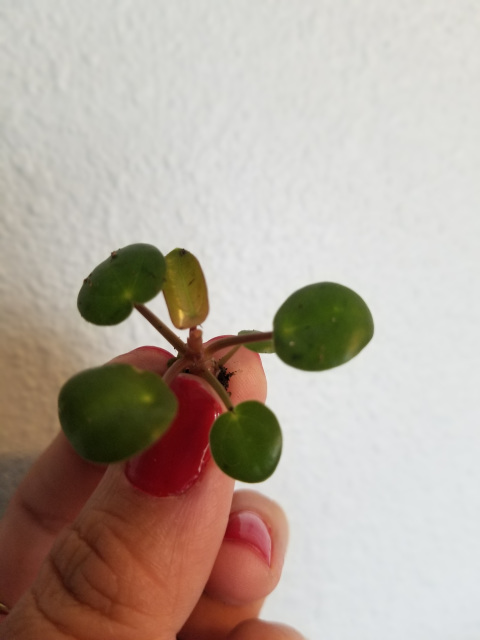 The Chinese money plant, also known as the missionary plant, lefse plant, pancake plant, UFO plant or just pilea (short for its scientific name of Pilea peperomioides) is originally from the southwestern Yunnan province of China. Popular lore maintains that a Norwegian missionary, Agnar Espegren, took cuttings home with him in the 1940s, and shared them with friends and family. Those plants were spread throughout Scandinavia, and eventually the world, as people passed cutting between friends.
Make an offer!
I have a total of 10 baby plants and each is $40, they are growing fast!